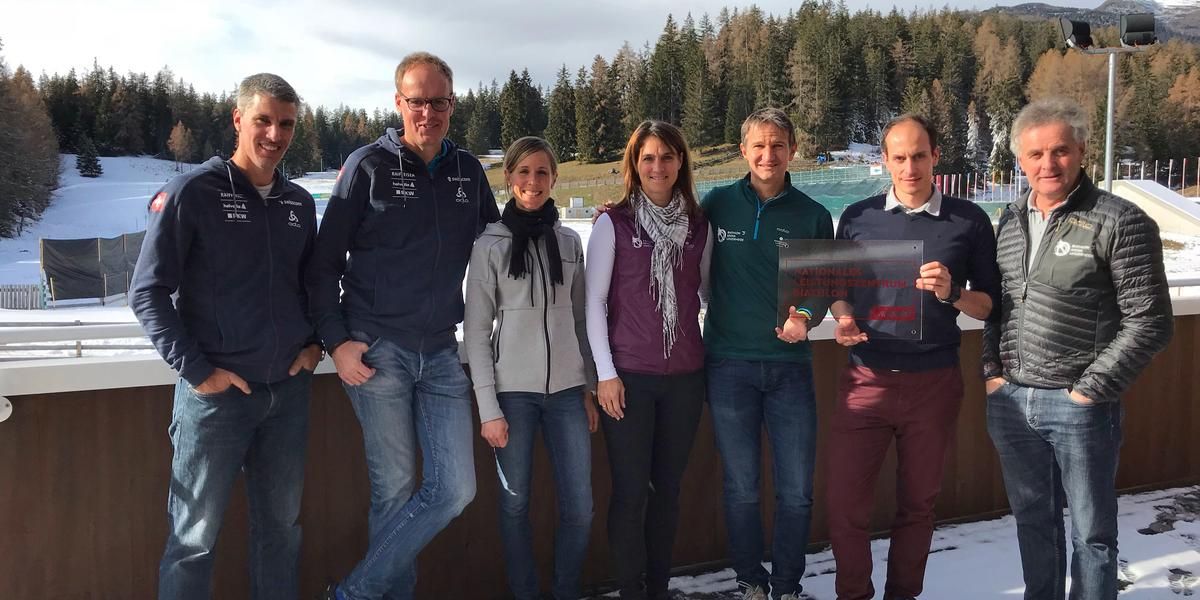 After receiving the IBU A licence in 2017, the Biathlon Arena Lenzerheide AG has been entitled to bear the distinction of being a national performance centre for biathlon from Swiss-Ski since November 2018. In cooperation with the Davos Sports School, the Roland Arena is thus the promoter of young talent in the field of biathlon in Switzerland.

Swiss-Ski recognises the biathlon arena as an official training base and uses the infrastructure for regular training courses. This helps to strengthen cooperation between the biathlon base in eastern Switzerland and the Swiss squads at various levels. Many athletes have also moved their residence to Lenzerheide in order to benefit optimally from the training infrastructure.

Support for athletes and young talents

The first major successes were celebrated in February 2019: Swiss Ski athletes Amy Baserga from Einsiedeln and Niklas Hartweg from Wollerau, who both train at the Lenzerheide base, won the youth world championship titles and thus made Swiss sporting history. In addition, Sebastian Stalder secured second place overall in the IBU Junior Cup, the world series of the best juniors, and won the small crystal globe for the individual race. The first junior athletes have definitely arrived at the top of the world and give reason to hope for a further successful future.

The biathletes also benefit from another cornerstone: Two years ago, Carola and Michael Hartweg established the Biathlon Arena Lenzerheide Foundation. The foundation promotes and supports Swiss biathletes - especially those from the Biathlon Stützpunkt Ostscheiz. The assets of the Foundation and its income also serve to promote and support the infrastructure and operation of the Biathlon Arena Lenzerheide in Lantsch/Lenz in order to make a significant contribution to the development of the Swiss biathlon sport.